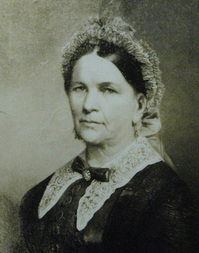 Sophia Smith (1796-1870)
Sophia Smith was the fourth of seven children born to Joseph Smith, Sr., and Lois White Smith of Hatfield, Massachusetts. From her earliest years Sophia was very interested in learning.  Unfortunately she was born at a poor time and place and into the wrong family for a girl with such a disposition. Hatfield had only a rudimentary elementary school. Most families sent their sons to school, but many parents did not send their daughters, or merely sent them for a few months to a “dame school” where they would learn a few basic “female virtues.” Sophia’s father, Joseph Smith, and her Uncle Oliver Smith, who had grown up in poverty, but had each accumulated a fortune, held a classical education in contempt because it did not help a man gain wealth.

As a result of her family’s disdain for an advanced education, Sophia only briefly attended a “dame school” and, according to Hatfield legend, may have sat in the doorway of the grammar school listening to the boys reciting their lessons. Her only formal education consisted of 12 weeks she spent at a school in Hartford, Conn., when she was 14 and a few weeks she attended Hopkins Academy in Hadley when she was 18.

Sophia regretted her lack of a formal education and attempted to make up for it by reading books from the small library in Hatfield, and developing friendships with well-educated Congregational ministers.

Of Joseph and Lois Smith’s seven children, only Joseph Jr. married, and he had no children. Three of Sophia’s siblings died young. Sophia’s sister Harriet and her brother Austin lived their entire lives with Sophia in the house on Hatfield’s Main Street where they were born (what is today 22 Main St.).  Austin invested his father’s money wisely, developing a considerable fortune. He had a reputation as a miser and strong opponent of any kind of public expenditure, often speaking at town meetings against spending money for educating children in anything except reading, writing, mathematics and geography.

Sophia, somewhat sickly and bookish and known for cultivating friendships with well-educated men, acquired a reputation – perhaps undeservedly – as a snob. Her isolation from her neighbors increased after she became deaf when she was about 40 years old.

The death of her brother Austin Smith in 1861dramatically changed Sophia’s life. She inherited Austin’s fortune of more than $450,000, then  spent the last nine years of her life deliberating about what to do with her sudden, unexpected wealth. Her thoughts were shaped by the instruction she had been given by her grandmother, Mary Morton Smith, “to try to make the world a better place” and the example set by her Uncle Oliver who left two large bequests –   establishing Smith Vocational school to teach practical skills and the Smith Charities to offer grants to young men and women to help them begin careers and establish homes. Perhaps as a result of this example, Sophia decided that she wanted to endow some major charitable or educational institution. Her first inclination was to establish a school for the deaf, a plan she dropped when The Clarke School for the Deaf opened in Northampton in 1867. Thereafter her interests turned to the cause of women’s education.

She sought the advice of financiers about how to establish an endowment and asked Hatfield’s Congregational minister, John M. Greene, for advice on how to make available to women the same educational opportunities available to men.  She wrote and rewrote detailed instructions about her intent. She was still working on her plans when she died in 1870. She is buried in Hatfield’s Main St. cemetery along with her brother Austin and her sister Harriet.

Sophia Smiths’s will endowed two educational institutions – Smith College in Northampton and Smith Academy in Hatfield. There were detailed instructions for both. For example, Smith Academy was expressly required to offer a full range of high school subjects to both girls and boys and to have at least as many female teachers as male teachers. Smith Academy still serves as Hatfield’s high school.  Within a generation of its founding, Smith College was recognized as one of the premier women’s colleges. Sophia would have been proud.

George Ashley is former chairman of the Hatfield Historical Commission and Curator of the Mary Lou and Robert J. Cutter Hatfield Farm Museum in Hatfield, MA.

Also, there is a wealth of great information available on Sophia and her legacy from the Smith College Archives, hosted by the Five College website. 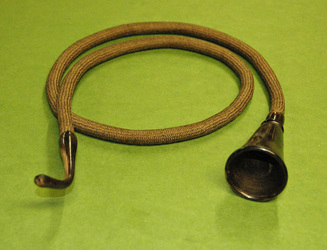 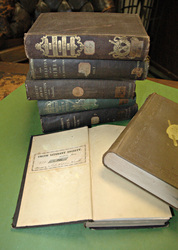 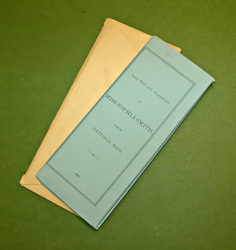 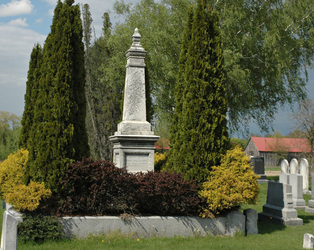 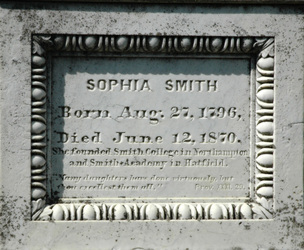 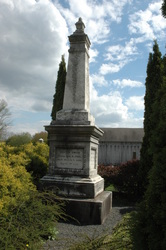